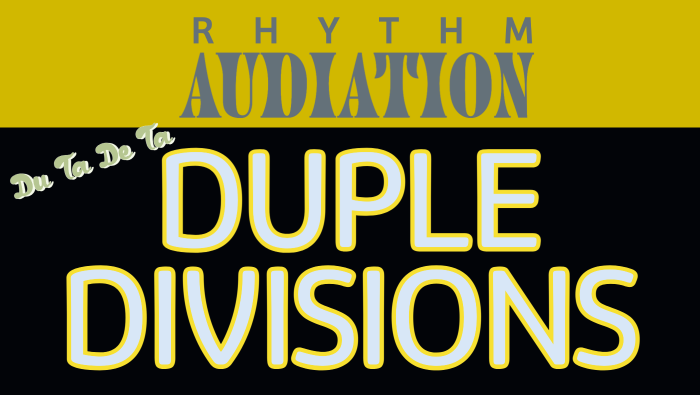 Watch the video Rhythm Lesson 9.2: Divisions in Duple Meter for an explanation.

When you take a microbeat, and divide it again, it’s called a division. We’ll use the syllable “TA” to represent the division of a microbeat.

To get the syllables moving fluidly, try chanting four macrobeats, four pairs of microbeats, and then four sets of divisions. Then try it in reverse: divisions, then microbeats, then macrobeats.

To make divisions flow more easily off the tongue, you might consider pronouncing them “TUH.” 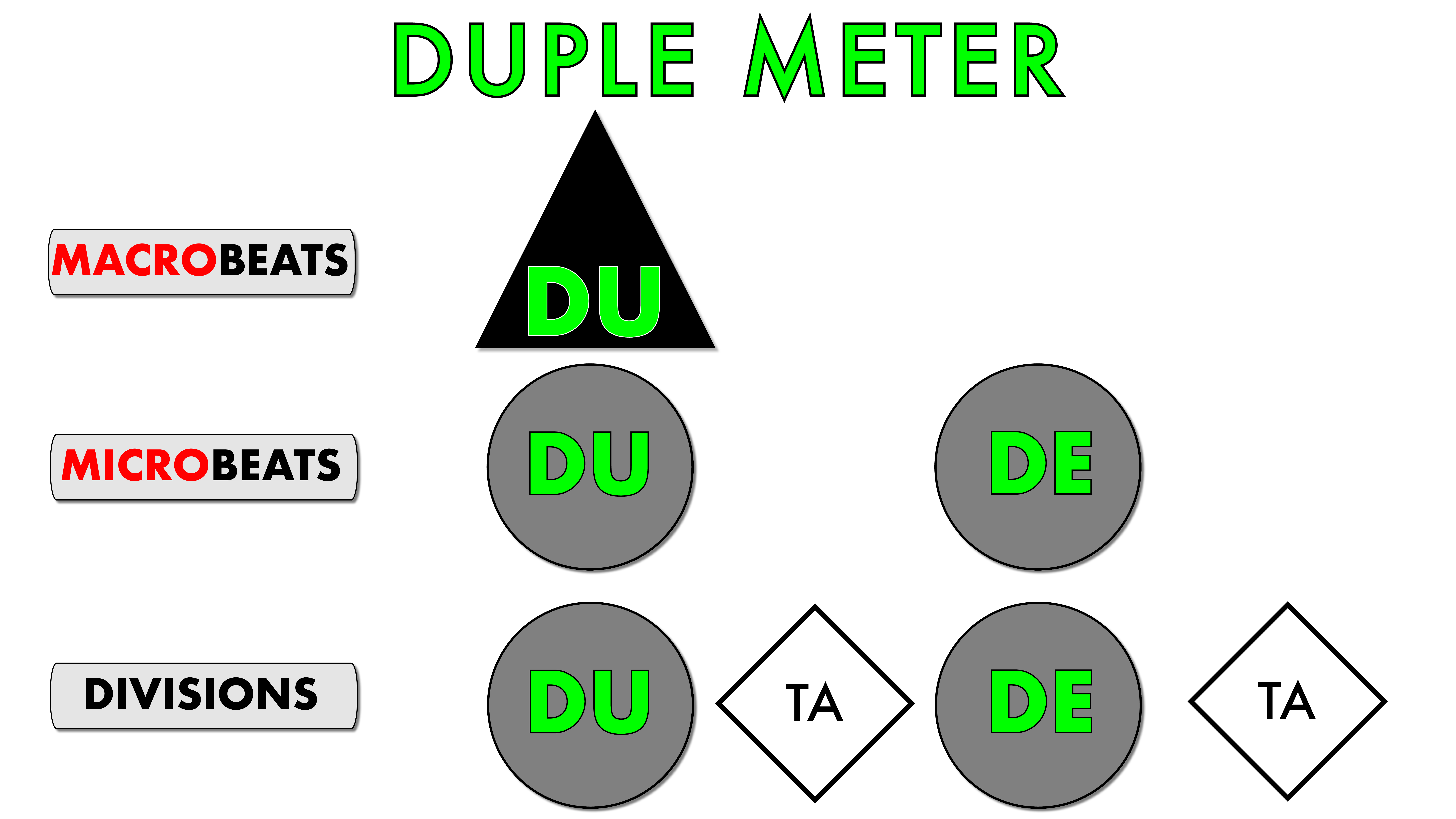 There are three possible division rhythm cells, which you might think of as musical vocabulary words that we can learn. They appear below. Try saying them over and over again. We will put these words into musical sentences. When we combine these, both with each other and with macrobeats and microbeats, this will open up a whole new rhythmic world.

As with previous rhythmic functions, try improvising with them as much as possible, either with yourself, or in a rhythmic conversation with another musician. 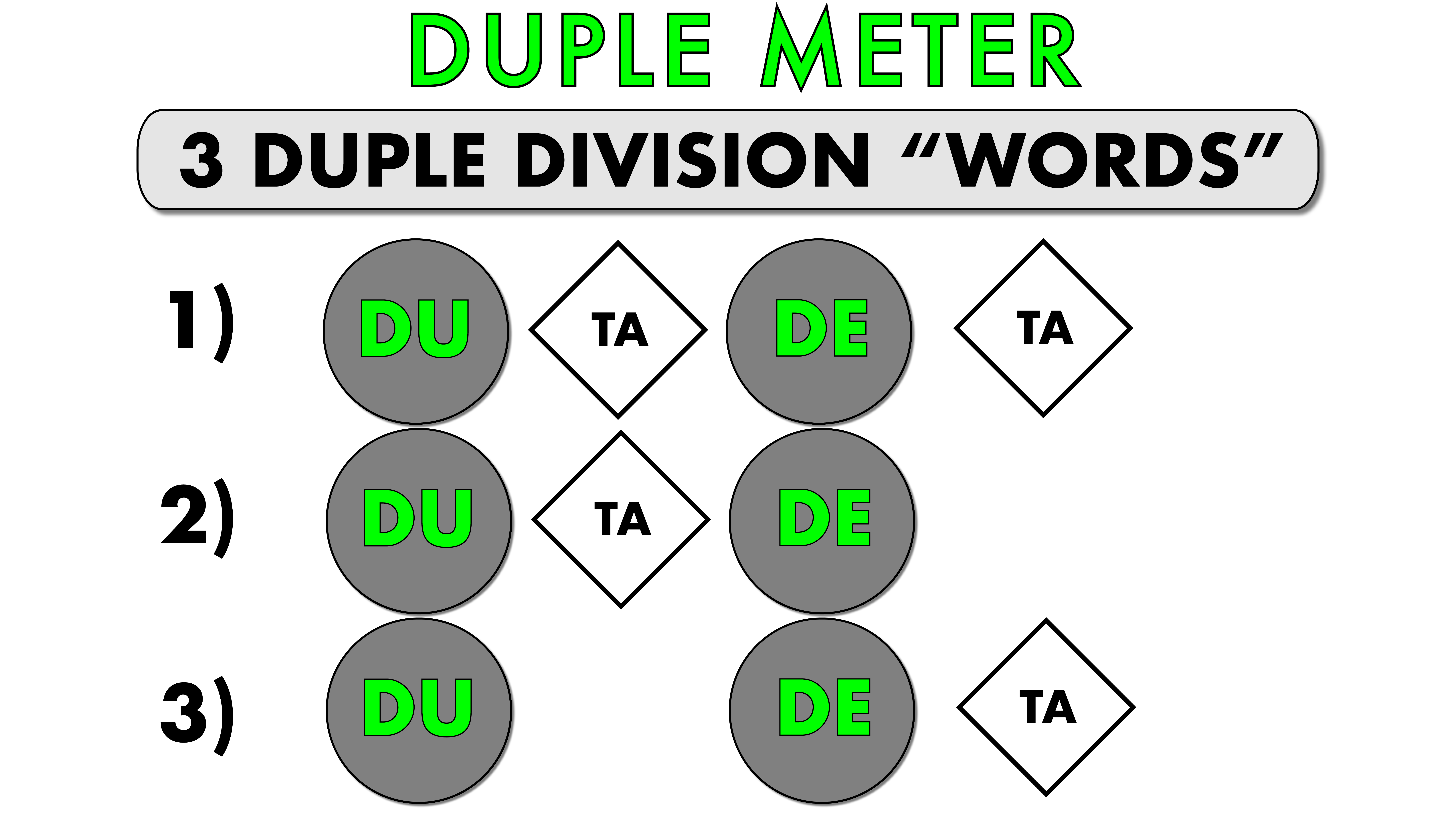