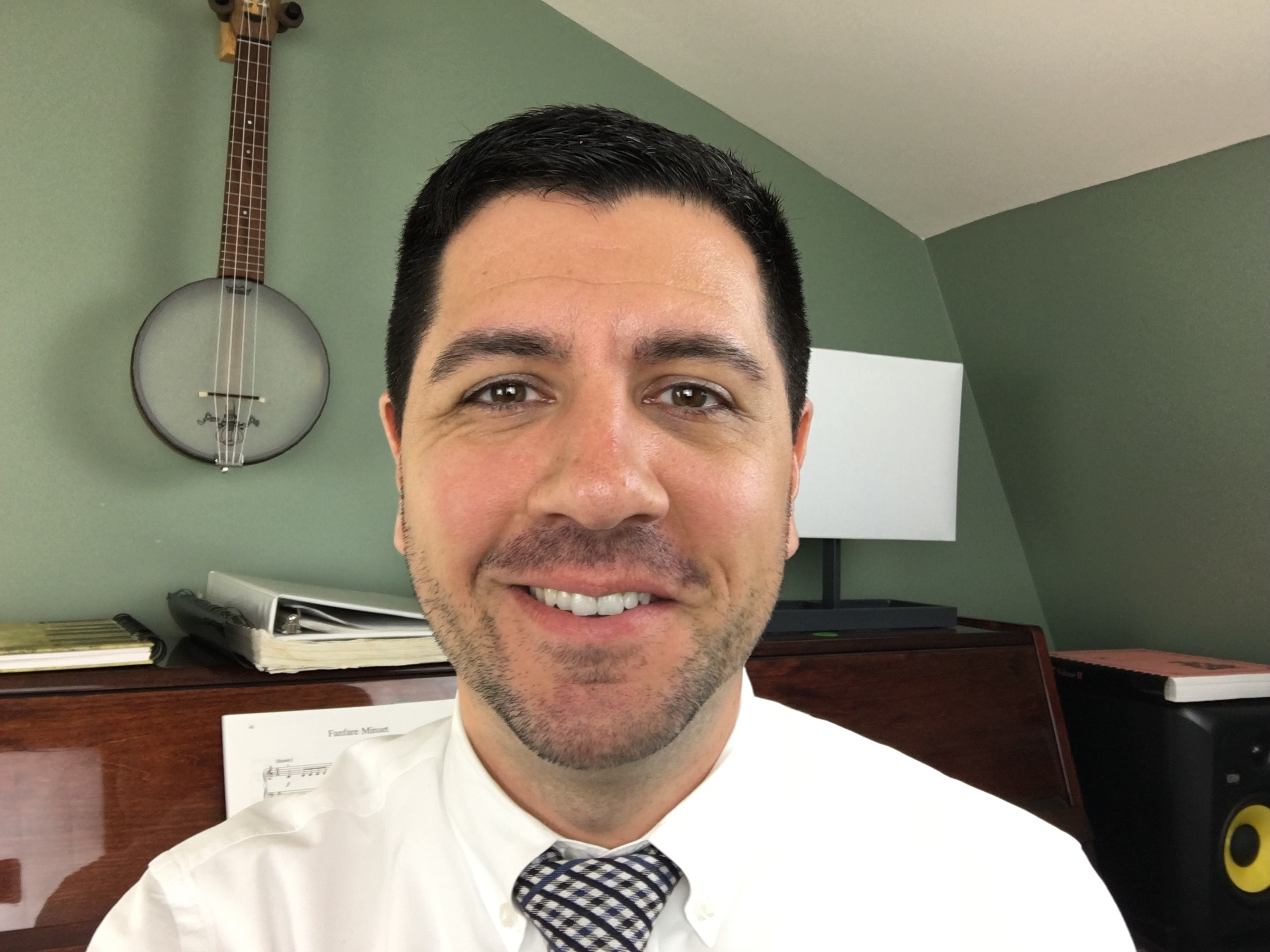 I have loved music ever since I was a youngster, and I've gotten better and better, day by day, month by month, year by year, and now, decade by decade. The same thing can be said about my teaching.

For the most part, I'm self-taught. They say that he who teaches himself has a fool for Therefore, I've made a lot of mistakes along the way.

I am here on this site to offer any wisdom I possibly can to other musicians and music teachers to make their own improving a bit easier.

I think I perfectly fit the adage "Jack of all trades, master of none." Among my talents, crafts, whimsies, pursuits, avocations, diversions, and interests include:

What I Sometimes Tell People

"I was born on a bitter January morning during the first and only Carter administration. Brutally forced into music at a young age by my over-bearing German foster-parents, I wrote my first song when I was only 6 years old. Child labor laws notwithstanding, “Ouchen Mein Fingers” became a hit at family get-togethers, and I got my first taste of success. That was the beginning of my musical journey.

I grew up too quickly, as do most children of a broken home. Herbert and Hilde Gilschtein returned to Germany, and my new foster parents had a more laissez-faire attitude toward music. I took some piano lessons with Braham, but they expired when he did, tragically crushed by a piano being hoisted up to a penthouse apartment. That was the same year I discovered irony."

I was first introduced to music when, on vacation with my father and his soon-to-be-second-ex-wife, I was sat down in front of a piano (most likely to give my fidgety nose-picking fingers something to do).  As the story goes, at just 7 years old, I was able to just pick out melodies by ear almost immediately.  My step-mother Susan, who possessed a self-proclaimed “eye for talent and a good Bourbon,” immediately informed my mother that “Little Andy’s no Mozart, but he should be given piano lessons.”

I began taking lessons with Braham, an aging hippie who lived in our neighborhood.  He took notice to my excellent ear, and began working with me on the rudiments of reading music, as well as improvisation.   The lessons didn’t last long, however, as Braham was detained by the local constable for reasons my mother would never divulge.  But I left those few lessons knowing what harmony was, and that you could improvise based on those chords.  We tried other teachers along the way, but I lacked focus, and wasn’t really interested in their methods (or method books perhaps?) or the material they tried to teach me. All I wanted to do was improvise, figuring out songs I already knew by ear!  I had no interest in “The Sleepy Little Mule,” or any of the other lame songs they tried to teach.

Compared to the exciting world of improvisation, my elementary school experience was quite lame.  I don’t really remember any music classes, but I was in the chorus with Mrs. Woodal, a dramatic ex-opera singer not happy with the fact that she was teaching elementary school.   I enjoyed singing, even back then.  There was a band and orchestra program at my school as well, and I did take a tuba home one summer.  I never took to it, but the case made a very comfortable napping spot for our cat, Kiki.

I kept up playing the piano privately (Most of the time, I was improvising, or reading chord charts, so my reading of “little black dots” was slow), and continued singing in middle school under the direction of Mrs. Powell and Mr. Saarie, a dynamic duo who co-directed the West Middle School Concert Choir.  We were pretty good, and we knew it.  I believe we also had classroom music, although mostly I remember being really bad at the recorder.

I continued singing throughout high school, and spent a lot of time in various musical ensembles.  My choir teacher, the lovely Mrs. Bachman, was a terrific director, and I learned a lot about singing and musicality from her.  I acted in all the high school plays and musicals, and really took to the theatre as an outlet for self-expression.  I certainly was no good in sports.

One of the most inspiring figures of my musical upbringing was Dr. Steven Porter, a brilliant educator, pianist, composer, director, and even politician.  He was extremely knowledgeable about all things musical, and took an interest in my musical development.  I learned a great deal from him about music theory, which helped to put names on concepts I had figured out for myself.  I learned about orchestration, score reduction, musical theatre accompaniment, singing, directing, arranging, and a host of other important things.

There was also the film stage. Childhood friend Justin Zell and I (We dubbed ourselves Mullens and Zellstein, a nod to theatre giants Rodgers and Hammerstein.) made two films together. The first was called “Friday The Thirteenth Part XVI: Jason Takes Binghamton,” a 55-minute epic of unmitigated proportions.  I played 3 parts, including a brave turn as Jason Vorhees himself.  The plot was thin, but the production value was terrible.  I even wrote a song for the film.  It was, looking bad, not good. Not good at all.

The second and final installment of the Mullens and Zellstein studio was “Recipe For Murder,” a full-length murder-mystery musical comedy.  The ridiculous plot concerned George and Rose Hacklebeaner, two cookbook authors who plot to kill all of the other chefs of the day in order to position themselves at the top of the charts.  The story was ludicrous.  We parodied musical theatre songs, and gave them new lyrics.  Looking back, it is most embarrassing. I cringe seeing a younger me – so naïve, with terrible posture.  But the overall effort is quite impressive.  The script, the songs, the filming, the editing – it really was quite a project. And we saw it through to the very end.  A few copies still exist, but I have done everything I can to keep it off the internet.

Through all my musical development, I never gained sufficient competency on any instrument to enter a college music program.  I could sing and play the piano, but I knew no classical repertoire.  So, instead I went the route of Theatre and English, hoping to teach on the secondary level. I was accepted to Ithaca College, and headed to the dorms in 1995.

During college, in addition to my regular academic load, I took a number of courses in music that were most enlightening.  I spent my summers working as a piano player at Dorney Park, a mid-sized amusement park in Pennsylvania.  I met lots of great people, many of whom I still call my friends today. I also played on a cruise ship, or two, which was an experience I’ll never forget.

After I graduated from college, I spent a couple years in my home town of Binghamton, where I played in a few local bands and taught at the same high school I went to.  Dr. Porter was now “Steve.”  Mrs. Bachman was now “Sue.”  It was a fun two years, although the students were only a couple years younger than me.

I made a lot of mistakes those first two years. I get notes from students I had during those years, and they tell me what a great time we all had. Although when I think back to those years, I often wonder what they learned. Sometimes, it’s not the content you teach students, but rather the positive interactions which linger in their memories.

Off to New York City

I eventually moved to New York City, shacking up with former creative partner Justin Zell in a small dingy burnt-out tenement in Brooklyn.  I wasn’t really sure what I wanted out of the city, but I knew my creative wanderlust couldn’t be slaked in Binghamton.

I almost immediately landed a day job at a middle school in Brooklyn called I.S. 71.  It was quite a culture shock from sleepy little Binghamton.  They really throw you into the wolves down there in Brooklyn! My 5 years at that school taught me how to control a class, how to “write” lessons that keep the youngsters at bay, and how to negotiate one’s way through a bureaucracy.

I kept working at music on my own, eventually teaching myself some more instruments, like guitar, bass, fiddle, harmonica, some accordion, banjo, all the while writing and performing songs, hoping to “make it” as a musical performer while my humble day job as an English teacher was kept separate.  I played in various bands in the city, and even did some semi-professional work as a freelance piano player.

I also entered the world of film scoring.  Another high school buddy of mine and his college friends wrote a movie they planned to produce. I was brought along as the composer.  The movie, “Black Wine,” flopped, but I got some good experience scoring, orchestrating, conducting, and producing. It also led to a few other projects, including a film called “Mr. Christmas” (which, parenthetically, I just saw on the local Public Television station this past year).

After 10 years of teaching English and Theatre, I finally decided to switch to music teaching, with the goal that I would give students the music education I wish that I had been given as a child.  I luckily landed a job at an elementary school in Queens, and enjoyed success launching a rock band curriculum.

Tired of the city, I relocated to the sunny suburbs of Massachusetts, where I enjoy teaching middle school chorus, piano, guitar, and fiddle. I always thought that my day job and my music were two completely separate paths, that the day job was just a means to be able to make music every day at 3.  I came to a beautiful point where they merged.  Now, I make music all day, every day.  They pay me to sing songs, to play the guitar, to dance, to bring music into people’s lives. Yes - - they pay me to have fun!

I have come to the conclusion that a person can teach himself music, but it’s much, much easier when one has a (good!) teacher.  After years of struggling to learn fiddle on my own, I came across a wonderful instructor, and in a matter of weeks, she transformed my rotten playing into a passable sound.  (She says, “The man who teaches himself the violin has a fool for a teacher!”)  A good teacher can make all the difference.

In the past few years, I have learned things from teachers that I wish I knew 30 years ago.  In particular, through recent explorations of Body Mapping and the Music Learning Theory of Edwin Gordon, I have discovered things about the way the body and brain work together to learn music.  Again, these are concepts I wish I had known years ago!  To that end, I am giving this information to my students (and all future students) with the hope that they don’t waste years of their musical lives operating with faulty technique as I did. 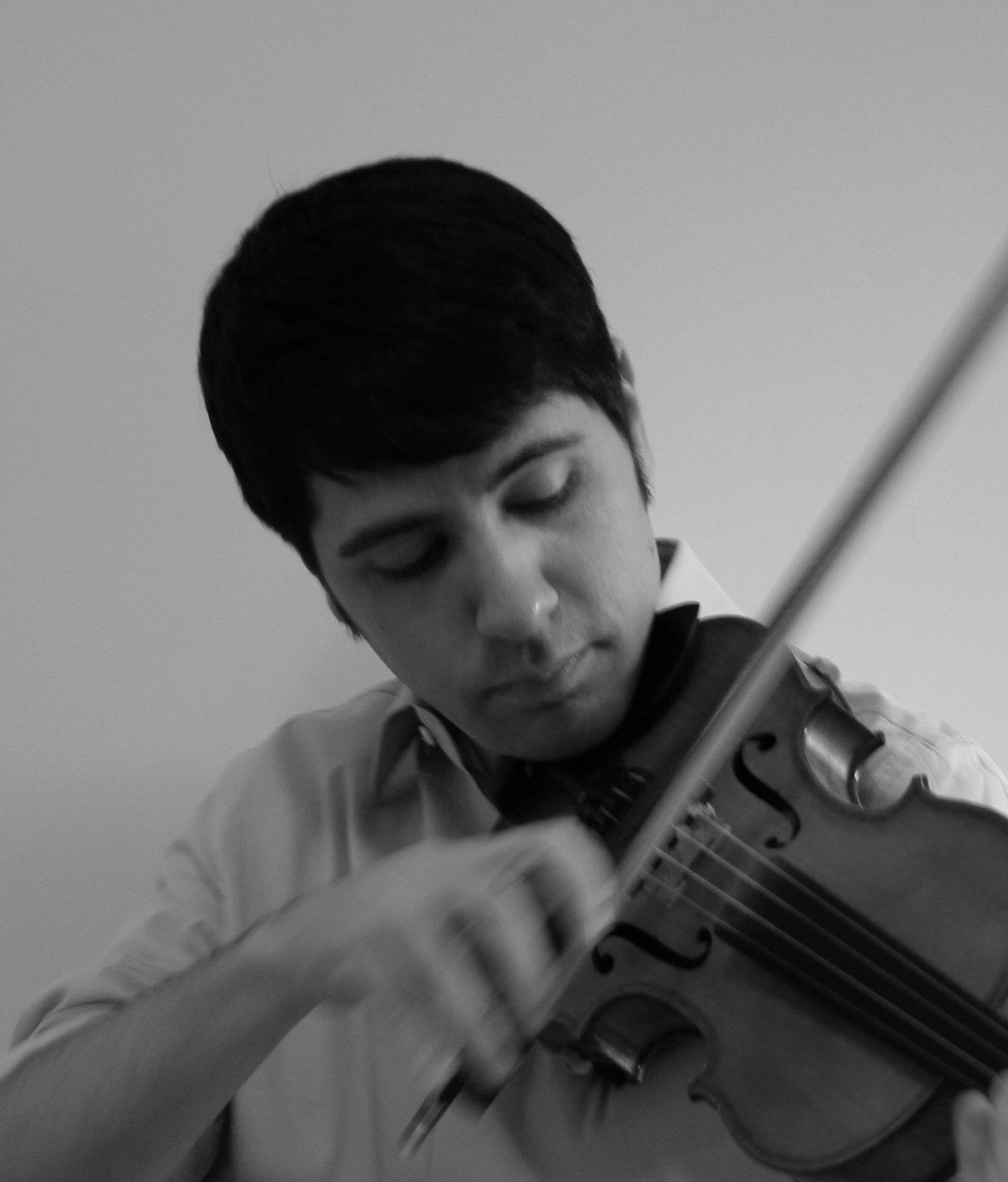 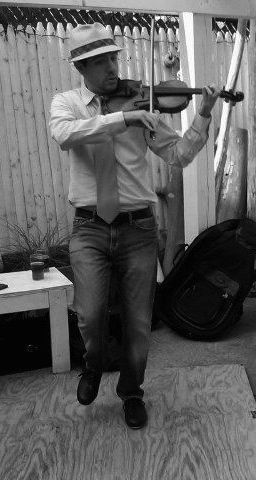 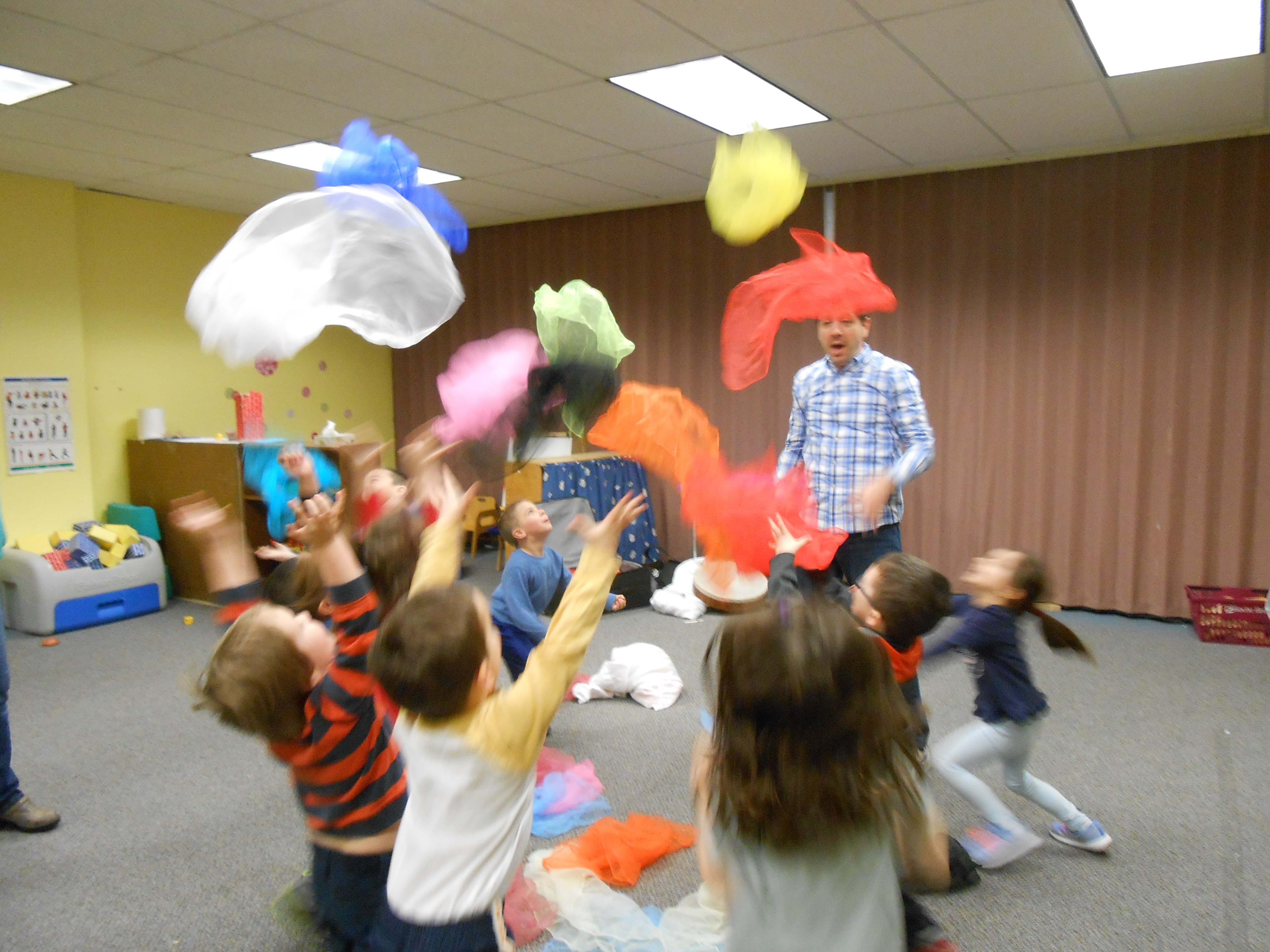 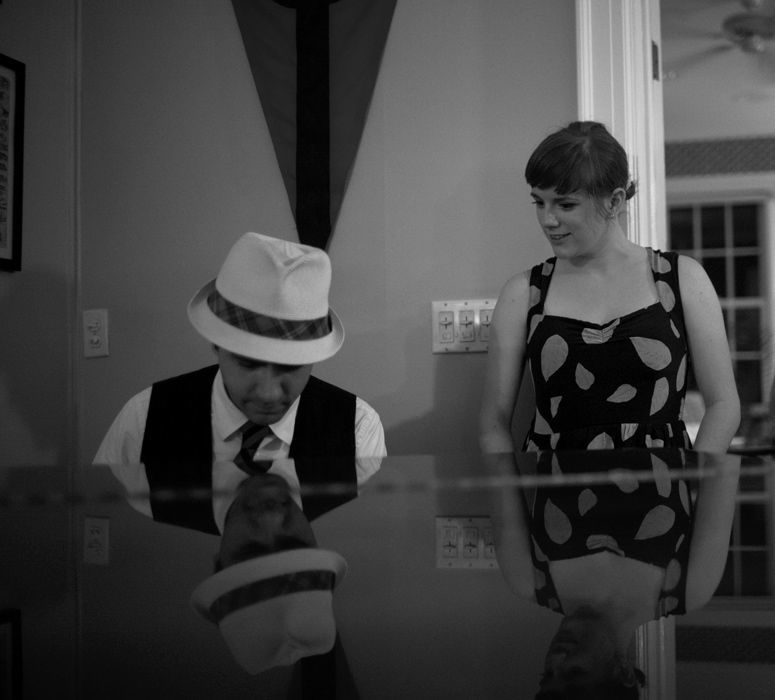 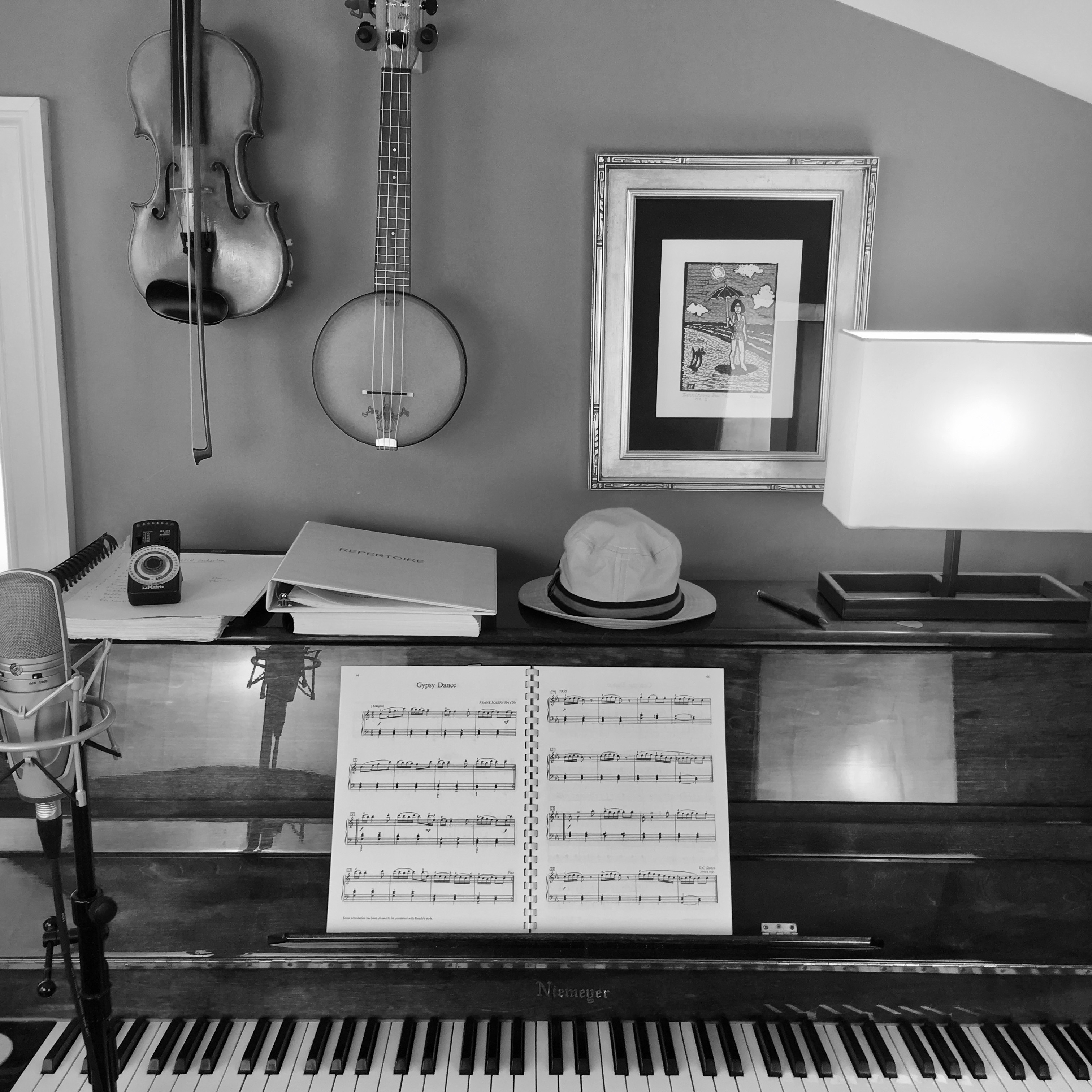 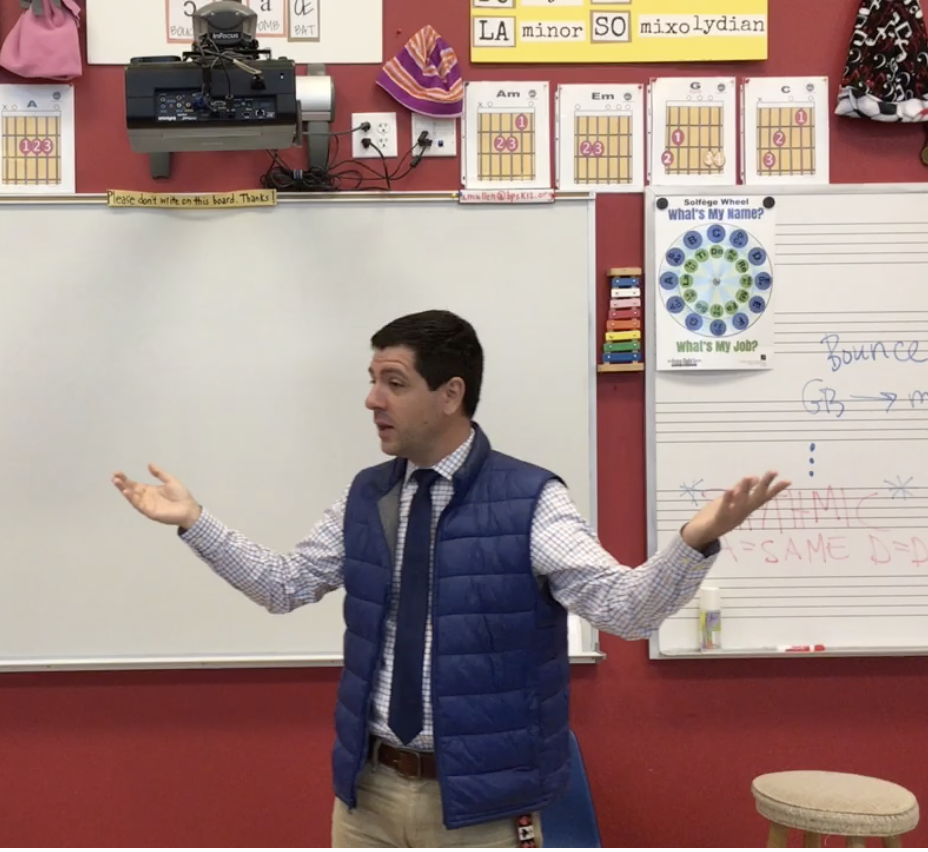