Watch the video lesson below. The salient text follows.

Once we can successfully echo patterns at the Aural/Oral level, it’s time to label tonality and harmonic functions with a Verbal Association. The most effective system for labeling tonality is Movable-DO with a LA-Based Minor. In this system, the name of the resting tone changes with each tonality.

A tonality is defined by its resting tone, its tonal center. Each tonality has a resting tone, a place where the music comes to a logical conclusion through a musical gravitational force. The tonalities are classified and organized in relation to their resting tone using movable-DO solfege. 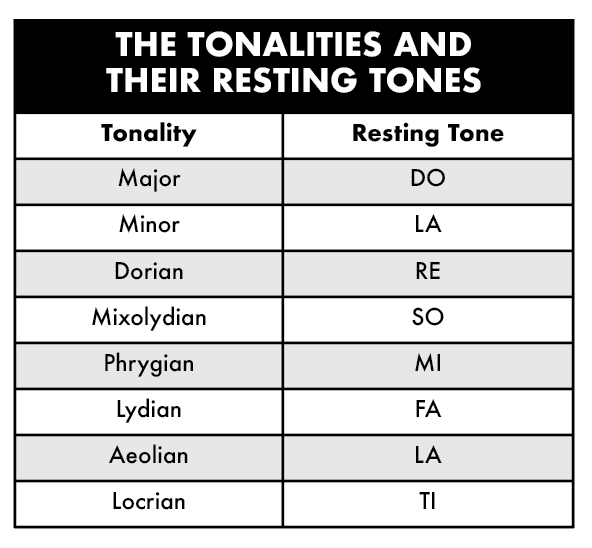 Movable-do solfege is very effective because the half step relationship between MI and FA and TI and DO always remains consistent amongst tonalities (with the single exception of the raised leading tone [SI] in Minor).

It is called “movable-DO” because, as you’ll find out in other courses, you can put DO anywhere, and the relationship between pitches will stay the same.

In this course, we will learn to audiate only major and minor tonalities. However, as you go through this book, hopefully you are experiencing other tonalities, and are being acculturated to their sound.

Good intonation (pitch accuracy, be it singing or on a string or wind instrument) doesn’t happen in a bubble. That is to say, pitches are always correct in relation to another pitch. When you’re first learning to audiate, that pitch will be the resting tone.

A very useful exercise to jolt your audiation is to listen to a series of patterns, and respond by only singing the resting tone. This forces your musical mind to make comparisons between pitches in relation to your aural anchor, the resting tone. (Be sure to take an audiation breath before you sing.) You did this in Lessons 2 and 3, however you have more context now that we have named the pitch.

Any combination of DO, MI and SO is called a major tonic pattern. It is often called the “one chord.” Or even simpler: “1.” If you were in the key of D, and you were to strum a C chord on the ukulele, you would be hearing a combination of DOs, MIs and SOs. This is the tonic function in major.

Any combination of SO, FA, RE and TI is called a major dominant pattern. It is often called the “five chord.” Or even simpler: “5.” If you were in the key of C, and you were to strum an G7 chord on the ukulele, you would be hearing a combination of SOs and FAs and REs and TIs. This is the dominant function in major. 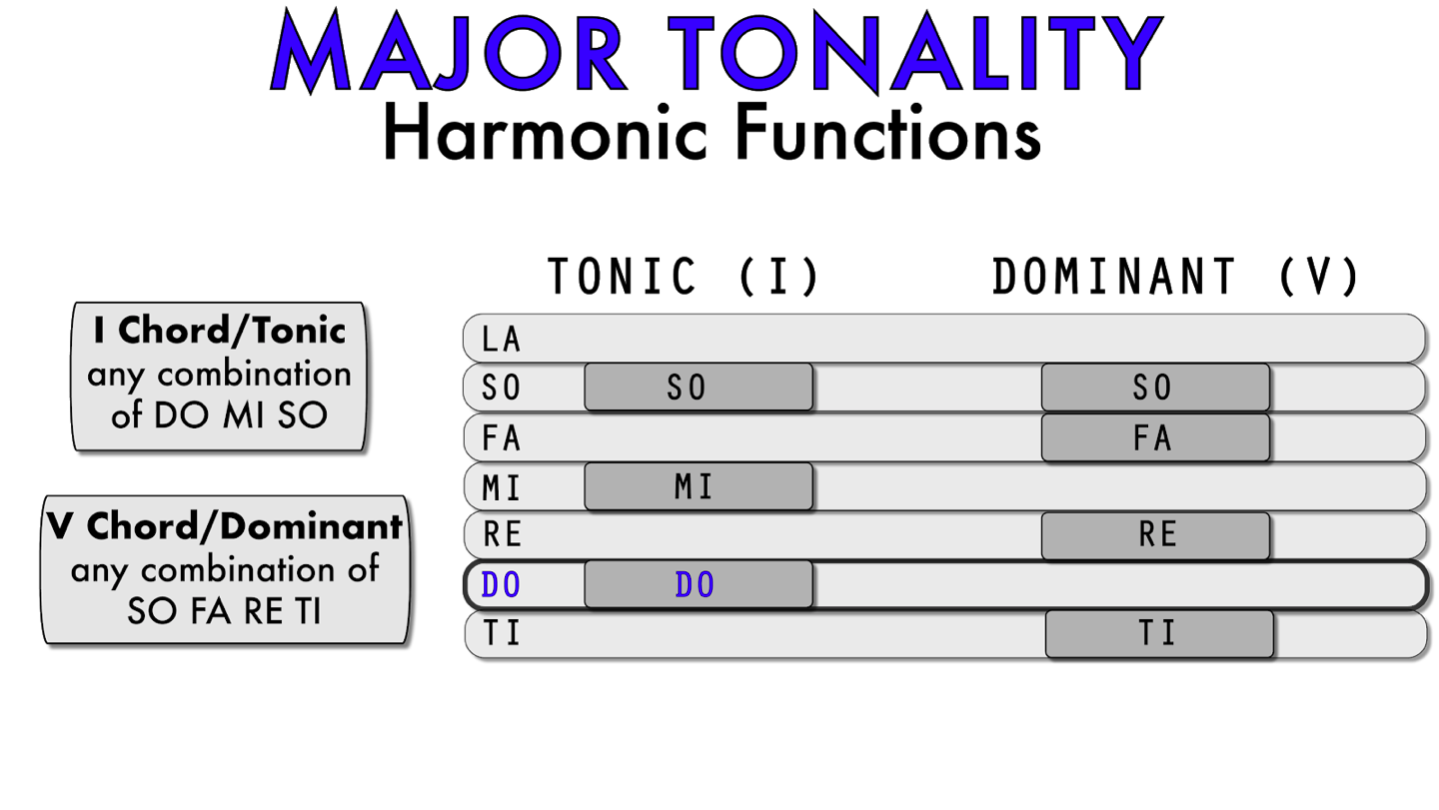 In every academic subject, you have vocabulary words that you need to know. The same is true with music. For each tonality and harmonic function, there are pattern sets of musical “vocabulary words.”  Our first set includes tonic and dominant patterns in major tonality. These are the same familiar patterns in the familiar order used in Lesson 2.

There are several tools that you can use to help yourself learn these patterns. These tools will become part of your audiational tool kit which you will continue to use throughout this course, and to help you problem-solve out in the real world of music-making. When you listen to the patterns, you should be able to engage with them in several ways: