Watch the video lesson below.

We will follow the same learning model that we used in major tonality for our second tonality: Minor. Here is the tonal sequence: MI FA MI RE DO TI SI LA. The sequence ends on LA because LA is the resting tone in minor tonality. 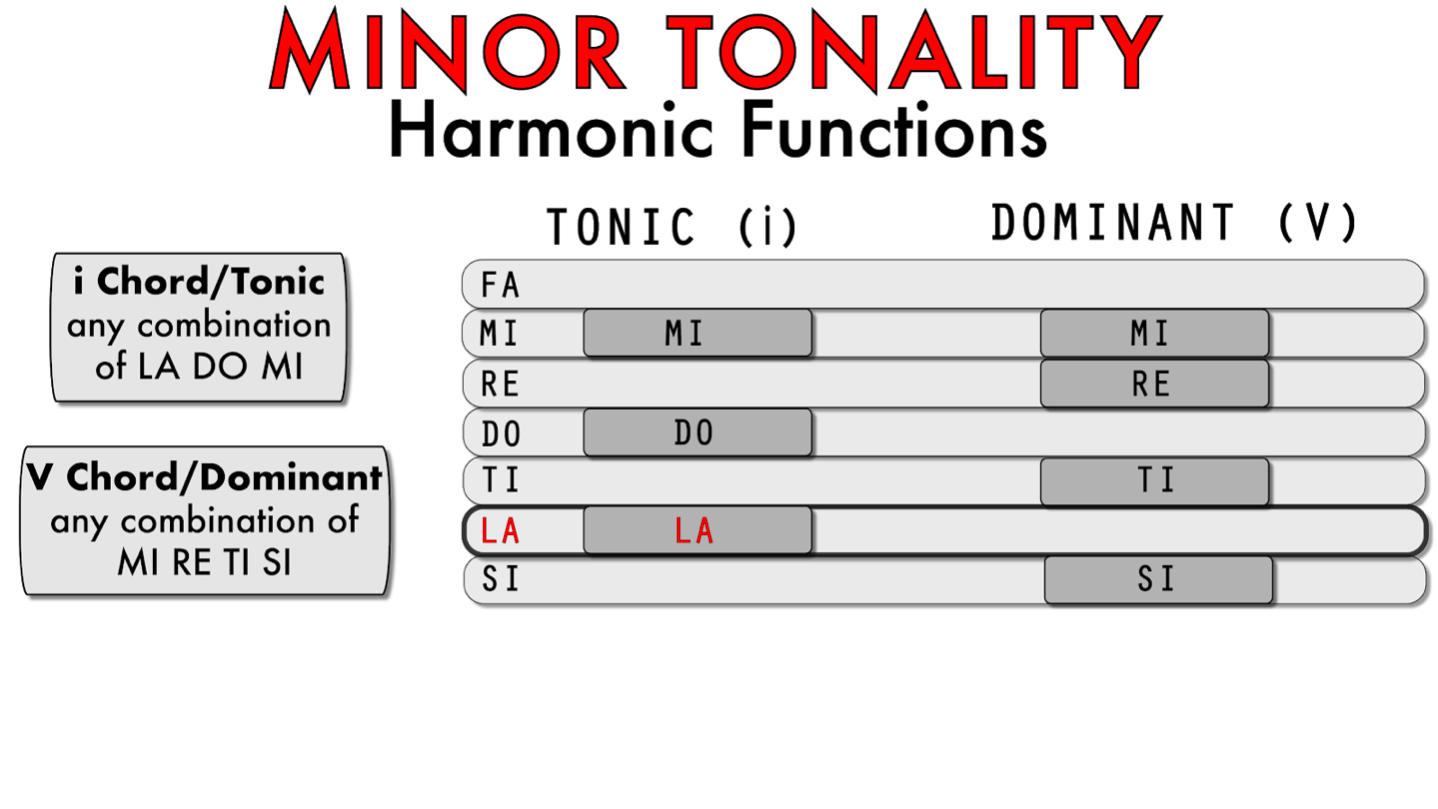